Skip to content
Search
Home > NSE Brand New > NRVT’s style is a mix of R&B, Rap, Dance and Pop which gives him a diverse audience around the globe.

The educated and talented London rapper shows his versatility with four new releases including, “Livingroom” and “Midnight Riv.”

NRVT is a graduate from the University of London—the same university that Elton John and Mick Jagger attended.

NRVT also performed at the Hackney Empire’s Friday Night Live. This is no small feat. The historic theatre was built in 1901, and is one of London’s most prestigious and well-known venues where some of history’s greatest artists have performed over the past 100+ years.

The singer-songwriter has always gravitated towards a career in music. NRVT reveals, “it all started from home from day one—listening to the songs played on the radio.” NRVT’s style is a mix of R&B, Rap, Dance and Pop which gives him a diverse audience around the globe.

NRVT’s first track, “Livingroom”, is an emotional, moderately slow song which highlights the rapper’s incredible vocal ability. The track features grand pianos, a deep thumping bass and a tight beat that makes it easy on the ears.

Check out “Livingroom” by clicking the artwork below: 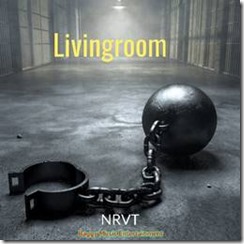 NRVT shows his versatility on the next track, “Midnight Riv”, by switching up the pace. This song features a fast and fierce delivery of rap lines followed by mellow harmonies and a deep base undertone. It takes a truly talented artist to pull this off. Click here to listen to “Midnight Riv.”

“All About U” is an anthem that pays respect to the hip-hop and rap genres. When asked about his inspiration, NRVT mentions, “I’m inspired by the searching and embracing of life, sharing and caring.” That type of depth and passion can be heard through “All About U.” 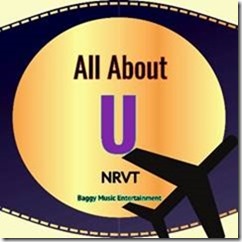 Lastly, “Nuttall Street Burglars” is a dance song with bumping bass and epic synthesizers. NRVT once again shows his vocal versatility on this song with a mixture of dreamy emotional lyrics and hardcore rapping.  Click here to listen.

The young London artist is on the rise because of his ability to integrate different genres of music to create his own unique sound. That’s a talent that can’t be achieved without hard work, dedication and enthusiasm for the creation of music.

“Music allows for expression,” says NRVT. And this artist has got a lot to say, so be sure to follow his journey.

All four tracks can be found on Amazon Music, iTunes and other online stores. NRVT is signed with the label, Baggy Music Entertainment.

“You make me feel normal, you understand, you kept it a hundred grand when it wasn’t part of the plan” says ‘Roof The Truth’ as he drops ‘I Feel Again’

0
From San Francisco Comes The Latin Rapper, Roof The Truth, releasing “I Feel Again.” Through rhythm and rap Roof The Truth gets a surprise second wind with his new inamorata, expressing gratitude towards her angelic mannerism tending to his dark side. “I Feel Again” is a rollercoaster of...

The new single ‘Alone’ from ‘Hannah Gold’ is Inspired by her own feelings of being trapped by situations, places and people.

0
Following a slew of successful releases,...

0
‘Protected’ is the latest single from...